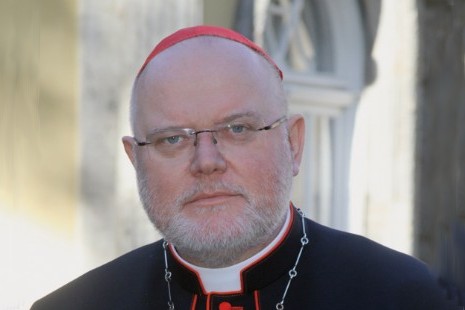 Cardinal Reinhard Marx has announced plans to allow laypeople in his Archdiocese of Munich to lead parishes where there are no priests.  In doing so he has strongly rejected the increasingly common option of coping with the dwindling number of ordained ministers by combining or “clustering” parishes.  The 63-year-old cardinal is a top aide and advisor to Pope Francis.

He recently told the 180 members of Munich’s diocesan council – it’s most important lay body – that it was important to preserve individual parishes as a way of guaranteeing the Church’s presence locally.

Speaking at the council’s plenary assembly on March 18th, the cardinal said the Archdiocese of Munich would introduce a pilot project in the fall with new models of parish leadership. Specifically, he said full-time and voluntary lay personnel would take over parishes.

He reiterated his conviction that creating ever-greater parish entities by clustering parishes was not the way forward.

The move is significant given that Cardinal Marx is a member of the pope’s C9 advisory group of cardinals, as well as coordinator of the Vatican’s Council for the Economy.

“We are experiencing a great upheaval in the Church at the moment,” the cardinal said.

Recalling that the Second Vatican Council (1962-5) had spoken of the “priesthood of all the faithful”, he said not everything that was possible as far as this was concerned had yet been thought through.

He added that there was even scope in canon law for more lay participation.

“The local church is most significant. We would waste a great many opportunities if we were to withdraw from our territorial roots. It is a case of remaining visible locally,” Marx emphasized.

He said he was convinced that pastoral work must be aligned with the resources and charisms available locally.

“Thousands have let me know that they are sure it is worth their while to join in and do pastoral work in their parishes,” the cardinal said, adding that one would now have to look more closely at these committed parishioners’ vocations.

Marx said under the present conditions in Germany, local parishes would have to be reorganized. He noted that only one candidate for the priesthood had come forward in the Munich archdiocese this year.

Therefore, besides reorganizing parishes, the present requirements regarding admission to the priesthood would also have to be discussed. He said this included the possibility of ordaining married men of proven virtue known by the Latin term, viri probati.

However, the cardinal admitted that when Pope Francis mentioned this possibility in a recent interview with the German weekly Die Zeit, the pope was not thinking of Germany’ He was referring to dioceses in remote areas like the Rain Forest in Brazil where Catholics could at best receive the Eucharist once a year.

Cardinal Marx said his own pilot project was indeed a reaction to the priest shortage, “but also to the fact that not all priests are in a position to lead parishes”.

He thought it important for auxiliary bishops and episcopal vicars to get together with parish members in the regions concerned and, after a choosing a location and selecting teams of lay leaders, discuss parish structures and organization. Each project would be accompanied and regularly mulled over.

The cardinal said parishes should not mourn the past but concentrate on what they could make of the gifts and talents available locally. He said bishops, too, had to continue to learn. And he admitted that when he first became Archbishop of Munich he would have rejected the pilot project he was now proposing.

The pilot project is actually based on the archdiocese’s 2013 pastoral plan, “Chances and Challenges for Local Church Life from the Socio-Demographic Point of View”. It says parishes should focus on the following six points for the future:

1. In view of the fact that in future there will be many more immigrants, especially among the young, parishes must concentrate on immigration, uprooting and making people feel at home;

2. Contact points should be established in order to meet and welcome newcomers;

3. Evangelizing pastoral work meant repeatedly explaining “What we believe, what we do, why and how we do it”;

4. Adjusting and modernizing church language in order to make it more comprehensible;

5. Creation of a special pastoral ministry for singles; and

6. Creation of a special pastoral ministry for teenagers and young adults.

In his 2016 “Guidelines for Pastoral Activities”, Cardinal Marx reminded priests of the archdiocese that the key anchor point of pastoral work was a “clear option” for people in material and spiritual need.

“If you read the Gospels you will find a clear orientation – not towards wealthy friends and neighbors, but above all towards the poor and the sick who are so often looked down on and forgotten and who cannot repay you,” he said.

With frequent quotes from Evangelii Gaudium and Gaudium et Spes, the cardinal reminded his fellow priests that they were all called to leave their comfort zones and go out to the peripheries. The Eucharist was a powerful medicine and nourishment for the weak, he said.

Marx said the Church needed many different and yet well-networked locations for its pastoral work. It was imperative for church life to stay alive locally so that people would continue to encounter the Gospel message.

And he underlined that since the Eucharist remained the source and summit of the Church’s life and activities, it must always take center stage.