by mvennerPosted on August 22, 2017
“Many have forgotten that the opposition to Pope Francis started very early in his pontificate – at least two or three years before ‘Amoris Laetitia’ was published.”
By Massimo Faggioli, La Croix, initially published in April 2017 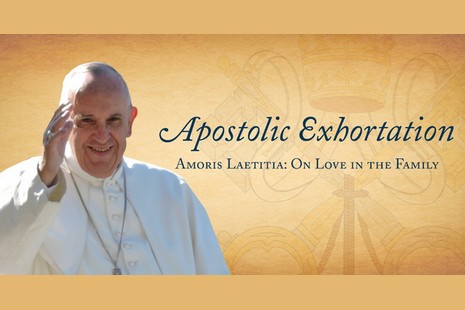 It has now been a year since Pope Francis published his post-synodal apostolic exhortation on the family, Amoris Laetitia (8 April 2016). And the Catholic Church is still in the process of receiving it.

The pope’s interpretation of and contribution to the long synodal debate on love in marriage and the family has certainly changed the Catholic conversation on some of the typical issues of the Church in modern times.

But it is still too early to draw conclusions about the document’s reception. That’s because the people most touched by its teaching – the lay faithful – are largely invisible to the Catholic media.

But it is not too early to see a phenomenon that could give us a distorted picture of the relationship between Francis and the different circles and individuals that oppose his pontificate if one links this opposition to the teaching of Amoris Laetitia.

It is true that during the past year the debate over the document has radicalized some voices in the Catholic Church. Most notable is Cardinal Raymond Burke, who threatened the pope with a “formal correction” of his teaching.  This especially concerns passages in the exhortation that discuss access to the Eucharist for divorced and remarried Catholics.

But Burke’s opposition to Francis does not stem principally from anything that was produced by the Synod of Bishop or the post-synodal exhortation. Those events merely allowed him to take it a step further.

In fact, there are two problems with certain Catholic media focusing on the radical opposition to Amoris Laetitia.  The first is that the intentions of the other three prelates that signed the “dubia” in November 2016 are not moved by the same animus of their fourth co-signer, Cardinal Burke.  The fact that they signed the same “dubia” says nothing about whom they represent in the Church or about the coherence of this little group.

During his visit to Carpi in Northern Italy this past Sunday, Pope Francis publicly embraced and concelebrated Mass with one of the signatories of the “dubia” – Cardinal Carlo Caffarra, Archbishop-emeritus of Bologna.

The fact is that there never was an organized opposition of cardinals against Francis through the “dubia”. The tendency to paint the debate around Amoris Laetitia with Cardinal Burke’s brush, therefore, misrepresents the reception of the current pontificate in the Church, including among cardinals and bishops.

There is no doubt that many in the ecclesiastical hierarchy are still in a “wait and see” mode, but very few would follow Cardinal Burke all the way.

There is a second, even bigger problem in analyzing the opposition to Francis from the point of view of critiques against post-synodal exhortation. And that has to do with the history of this pontificate.

Sometimes it looks as if the radical opposition to the pope started with the reactions to Amoris Laetitia or, even earlier, with Francis’ way of interpretation or dealing with the unfolding of the Synod between October 2014 and October 2015.

But now more than four years after his election, many have forgotten that the opposition to Pope Francis started very early in his pontificate –  at two or three years before Amoris Laetitia was published.

Those opposing the pope saw in the very first days and weeks of his ministry as Bishop of Rome something difficult to square with their own interpretation of Catholicism.

In October 2013, just seven months after his election, Francis announced that he was convening the Synod of Bishop to an extraordinary session in 2014.

By then it was already clear that in some quarters of European and North American Catholicism there were deep concerns over how this Jesuit bishop from Buenos Aires was interpreting the papacy.

It is enough to mention here a few examples of statements made in public. Just a week after Francis’ election, the Lord Acton Institute – one of the most important think tanks in North America embodying the recent Catholic embrace of a libertarian, free-market economic and political ideology – expressed concerns about the social-economic views of the new pope.

At the end of July 2013, the Archbishop Charles Chaput of Philadelphia said in an interview that members of the conservative wing of the Catholic Church “generally have not been really happy” with some aspects of Francis’ early months. He said the pope would have to find a way “to care for them, too”.

We should note that Chaput was not the only American bishop to express disappointment in Pope Francis during that summer of 2013.

In September 2013 R.R. Reno, editor of First Things, reacted to the interview the pope had just given to Fr Antonio Spadaro SJ, editor of La Civiltà Cattolica.

Reno commented that “such comments by Francis do not challenge but instead reinforce America’s dominant ideological frame” and made a larger point about Francis’ reframing of Catholic social message focused not exclusively on sexual morality.

“This is not helpful, at least not in the field hospital of the American Church,” Reno said. “We face a secular culture that has a doctrine of Unconditional Surrender.

“It will not accept ‘talking less’ about abortion, gay marriage, and contraception. The only acceptable outcome is agreement – or silence,” the conservative editor added.

All these comments and many others of a similar kind were made public weeks and months before the Synod assembly was even announced, and more than one year before it actually took place with its robust debates, final votes, and – finally – the publication of Amoris Laetitia.

By the end of the summer of 2013 Francis’ pontificate had already put a new emphasis on the poor and on mercy (already during the first week of the pontificate).

He published the decree to declare John XXIII and John Paul II saints in a single ceremony (5 July 2013). He visited the Sicilian island of Lampedusa and took a much stronger stance, compared to Benedict XVI, on immigration and refugees (8 July 2013).

He then traveled to Brazil for the World Youth Day and gave speeches to the CELAM (Latin American Bishops) and the bishops of Brazil (26-28 July 2013). And after his return to Rome, he met with the theologian of liberation Gustavo Gutierrez in the Vatican (12 September 2013).

That was all before he had announced the extraordinary Synod assembly or given the groundbreaking interview to Fr Spadaro.

In fact, the opposition to Pope Francis is made up of different streams. There is a theological opposition nostalgic of the John Paul II-Benedict XVI paradigm. Then there is an institutional opposition that is trying to defend the ecclesiastical status quo.

And, finally, there is a social-political opposition, which is concerned with the political-economic sustainability of the pontificate that is radically on the side of the poor.

Future historians will have to analyze the interplay between these different kinds of opposition. But let there be no doubts. The opposition to Pope Francis did not begin with the Synod gathering of 2014-2015 or the post-synodal exhortation Amoris Laetitia. It began with the very first days of his pontificate.