The Guardian Exclusive: in America, the world’s richest country, hookworm, a parasitic disease found in areas of extreme poverty are rampant, the first study of its kind in modern times shows

Children playing feet away from open pools of raw sewage; drinking water pumped beside cracked pipes of untreated waste; human faeces flushed back into kitchen sinks and bathtubs whenever the rains come; people testing positive for hookworm, an intestinal parasite that thrives on extreme poverty.

These are the findings of a new study into endemic tropical diseases, not in places usually associated with them in the developing world of sub-Saharan Africa and Asia, but in a corner of the richest nation on Earth: Alabama.

Scientists in Houston, Texas, have lifted the lid on one of America’s darkest and deepest secrets: that hidden beneath fabulous wealth, the US tolerates poverty-related illness at levels comparable to the world’s poorest countries. More than one in three people sampled in a low-income area of Alabama tested positive for traces of hookworm, a gastrointestinal parasite that was thought to have been eradicated from the US decades ago.

The long-awaited findings, revealed by the Guardian for the first time, are a wake-up call for the world’s only superpower as it grapples with growing inequality. Donald Trump has promised to “Make America Great Again” and tackle the nation’s crumbling infrastructure, but he has said very little about enduring chronic poverty, particularly in the southern states.

The study, the first of its kind in modern times, was carried out by the National School of Tropical Medicine at Baylor College of Medicine in conjunction with Alabama Center for Rural Enterprise (ACRE), a nonprofit group seeking to address the root causes of poverty. In a survey of people living in Lowndes County, an area with a long history of racial discrimination and inequality, it found that 34% tested positive for genetic traces of Necator americanus.

The parasite, better known as hookworm, enters the body through the skin, usually through the soles of bare feet, and travels around the body until it attaches itself to the small intestine where it proceeds to suck the blood of its host. Over months or years it causes iron deficiency and anemia, weight loss, tiredness and impaired mental function, especially in children, helping to trap them into the poverty in which the disease flourishes.

Hookworm was rampant in the deep south of the US in the earlier 20th century, sapping the energy and educational achievements of both white and black kids and helping to create the stereotype of the lazy and lethargic southern redneck. As public health improved, most experts assumed it had disappeared altogether by the 1980s.

But the new study reveals that hookworm not only survives in communities of Americans lacking even basic sanitation, but does so on a breathtaking scale. None of the people included in the research had travelled outside the US, yet parasite exposure was found to be prevalent, as was shockingly inadequate waste treatment.

The peer-reviewed research paper, published in the American Journal of Tropical Medicine and Hygiene, focuses on Lowndes County, Alabama – the home state of US attorney general Jeff Sessions and a landmark region in the history of the nation’s civil rights movement. “Bloody Lowndes”, the area was called in reference to the violent reaction of white residents towards attempts to undo racial segregation in the 1950s.

It was through this county that Martin Luther King led marchers from Selma to Montgomery in 1965 in search of voting rights for black citizens, More than half a century later, King’s dream of what he called the “dignity of equality” remains elusive for many of the 11,000 residents of Lowndes County, 74% of whom are African American.

The average income is just $18,046 a year, and almost a third of the population live below the official US poverty line. The most elementary waste disposal infrastructure is often non-existent.

Some 73% of residents included in the Baylor survey reported that they had been exposed to raw sewage washing back into their homes as a result of faulty septic tanks or waste pipes becoming overwhelmed in torrential rains.

The Baylor study was inspired by Catherine Flowers, ACRE’s founder, who encouraged the Houston scientists to carry out the review after she became concerned about the health consequences of having so many open sewers in her home county. “Hookworm is a 19th century disease that should by now have been addressed, yet we are still struggling with it in the United States in the 21st century,” she said.

“Our billionaire philanthropists like Bill Gates fund water treatment around the world, but they don’t fund it here in the US because no one acknowledges that this level of poverty exists in the richest nation in the world.”

Flowers took the Guardian on a tour of Lowndes County to witness the conditions in which hookworm continues to proliferate. One stop was at a group of mobile homes outside Fort Deposit that graphically illustrated the crisis.

An eight-year-old child was sitting on the stoop of one of the trailers. Below him a four-inch white pipe ran from his house, across the yard just a few feet away from a basketball hoop, and into a copse of pine and sweet gum trees.

The pipe was cracked in several places and stopped just inside the copse, barely 30ft from the house, dripping ooze into a viscous pool the color of oil. Directly above the sewage pool, a separate narrow-gauge pipe ran up to the house, which turned out to be the main channel carrying drinking water to the residents.

The open sewer was festooned with mosquitoes, and a long cordon of ants could be seen trailing along the waste pipe from the house. At the end of the pool nearest the house the treacly fluid was glistening in the dappled sunlight – a closer look revealed that it was actually moving, its human effluence heaving and churning with thousands of worms.

“This is the definition of ‘Make America Great Again’,” said Aaron Thigpen, 29, a community activist who assisted with the hookworm study. “This is the reality of how people are being forced to live.”

Thigpen’s cousins live in the trailer park, and he has talked to them about the perils of piping sewage from their homes and dumping it in the open just a few feet away. “They are disgusted about it, they’re sick and tired of living like this, but there’s no public help for them here and if you’re earning $700 a month there’s no way you can afford your own private sanitation.”

He added that people were afraid to report the problems, given the spate of criminal prosecutions that were launched by Alabama state between 2002 and 2008 against residents who were open-piping sewage from their homes, unable to afford proper treatment systems. One grandmother was jailed over a weekend for failing to buy a septic tank that cost more than her entire annual income.

“People are scared. They don’t like to speak out as they’re worried the health department will come round and cause trouble,” Thigpen said.

The challenge to places like Lowndes County is not to restore existing public infrastructure, as Trump has promised, because there is no public infrastructure here to begin with. Flowers estimates that 80% of the county is uncovered by any municipal sewer system, and in its absence people are expected – and in some cases legally forced – to provide their own.

Even where individuals can afford up to $15,000 to install a septic tank – and very few can – the terrain is against them. Lowndes County is located within the “Black Belt”, the sweep of southern loamy soil that is well suited to growing cotton and as a result spawned a multitude of cotton plantations, each worked by a large enslaved population.

The same thing that made the land so good for cotton – its water-retaining properties – also makes it a hazard to the thousands of African Americans who still live on it today. When the rains come, the soil becomes saturated, overwhelming inadequate waste systems and providing a perfect breeding ground for hookworm.

Ruby Rudolph lives just beside the main Selma to Montgomery road where King led the protest walk. On the other side of the road there’s a brown history placard to mark the spot where her grandmother, Rosie Steele, ran a campsite for the weary marchers.

After they moved on and the campsite was cleared, Rudolph said, her grandmother’s grocery store was set on fire in an arson attack. She was 13 at the time, and can remember the flames leaping into the night sky.

Rudolph, now 66, does have her own septic tank at the back of her house, which she shows us in the sweltering 105F heat. But it doesn’t function properly and when it rains the tank spills over, spreading raw waste all over the yard. “That’s better than when it flushes back into the house, and I’ve had that too,” she said.

She’s been told a replacement system would cost her at least $12,000, which is beyond her means. She runs through her finances: she gets up at 4am every day to do an early shift at Mapco, which brings in less than $1,200 a month. From that amount she has to pay $611 for her mortgage and there’s the electricity bill that can be more than $300 a month when it’s hot and the AC is busy. There’s not a lot left to put toward a new tank.

Perman Hardy, 58, lives in nearby Tyler in a collection of seven single-story homes all occupied by members of her extended family. Only two of them have septic tanks, the rest just pipe raw waste into the surrounding woods and creeks.

Hardy is one of the lucky ones with a treatment system of her own, but like Rudolph’s it is often overwhelmed in the rains with faeces washed back into her home. Last year the stench was so bad she had to vacate the property for two weeks over Christmas while it was professionally cleaned.

Hardy has traced her family back to slaves held on the Rudolph Bottom plantation about five miles away. The road that leads to the old plantation from her house is still called to this day by local white neighbors “Nigger Foot Road”, she said, though she and other African Americans call it Collerine Cutoff Road.

As a child Hardy worked in the cotton fields after school and, mindful of that and her family’s slave history, she’s determined to see a better future for her grandchildren. “I don’t want the same for my boys. But it’s still a struggle. It’s the 21st century and we shouldn’t be struggling like we still are today.” 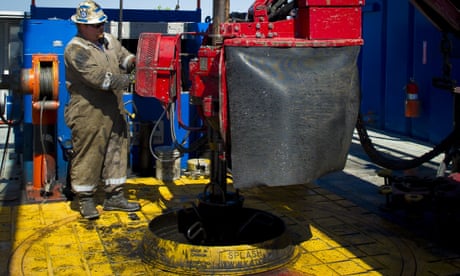 The daily hardship faced by Hardy, Rudolph and fellow inhabitants of Lowndes County is reflected in the Baylor study’s glaring statistic of 34% testing positive to hookworm. The sample size was low – 67 people participated with 55 giving stool samples, all of whom were African American – but the results are so stark that the Houston scientists now want to conduct a larger survey across the region.

“We now need to find how widespread hookworm is across the US,” said Dr Peter Hotez, dean of the National School of Tropical Medicine, who along with Rojelio Mejia led the research team. Hotez, who has estimated that as many as 12 million Americans could be suffering from neglected tropical diseases in poor parts of the south and midwest, told the Guardian the results were a wake-up call for the nation.