by mvennerPosted on May 11, 2018
Father Ludovic Lado SJ, an anthropologist, offers a reflection on clericalism in the church, 16 April 2018 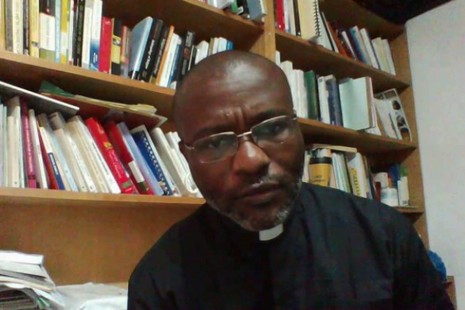 The Holy See is an independent sovereign entity located in the Vatican City State. And as such it welcomes ambassadors and accredits them to other world states. Vatican or Holy See diplomats have the title of “apostolic nuncio.”

As diplomats, they provide a link between the state or the states that they represent, the local church and the Vatican, particularly with respect to the interests of the Catholic Church.

They play a decisive role in the nomination of bishops.

Although the nuncio’s role has an apostolic objective, as indicated by its very title, it also has a powerful political dimension.

I have often asked myself the question of why there are no lay apostolic nuncios.

It is thus one of the most clericalized roles in the church. And I really have to ask why? Are there any biblical or theological reasons involved? I have not been able to identify any such reason.

Initially, Jesus simply had disciples whom he sent out on mission with the following warning:

“Behold, I am sending you like sheep in the midst of wolves. Therefore, be as prudent as serpents and as simple as doves. But beware of men. For they will hand you over to councils, and they will scourge you in their synagogues. And you shall be led before both rulers and kings for my sake, as a testimony to them and to the Gentiles. But when they hand you over, do not choose to think about how or what to speak. For what to speak shall be given to you in that hour. For it is not you who will be speaking, but the Spirit of your Father, who will speak in you.” (Mt 10, 16-20).

In Jesus’ time the church had no political superstructure. Moreover, the Bible contains no hint of form of diplomatic relationship between Jesus and Herod let alone with Pilate.

On the contrary, Jesus’ only relations with them were distant and often strained. Recall the episode with Herod in Luke’s Gospel:

“On the same day, some of the Pharisees approached, saying to him: “Depart, and go away from here. For Herod wishes to kill you. And he said to them: “Go and tell that fox: ‘Behold, I cast out demons and accomplish healings, today and tomorrow. And on the third day I reach the end.’ Yet truly, it is necessary for me to walk today and tomorrow and the following day. For it does not fall to a prophet to perish beyond Jerusalem.” (Lk 13, 31-33).

We also know that the first Christian communities were subject to ferocious persecution by the political authorities of the Roman Empire, which lasted until the conversion of Constantine in the fourth century.

This marked a decisive turning point in the political positioning that the church would adopt as it progressively took on the contours of the empire.

That the church ended up conceiving of itself as a political entity to the point of having ambassadors like other political entities is an outcome of that post-Constantinian ecclesiology.

The role of the nuncio as a member of the clergy, who looks after the interests of the church with respect to a state, forms part of this historical evolution. It mostly follows a logic of pragmatism.

However, it remains a clerical function because it is rooted in an ecclesial tradition where the exercise of authority is eminently clerical and where power is traditionally held by the clergy.

The perverse form of this clerical power is what we know as clericalism.

Since the beginning of his pontificate, Pope Francis has on several occasion warned the clergy against clericalism, which, in his view, “little by little extinguishes the prophetic fire to which the whole church is called to witness.”

This clericalism extinguishes the charisms of lay people instead of discerning them.

Personally, I see no reason not to de-clericalize the role of the nuncio.

I do not see what the clerical state adds to the exercise of this role. Certainly not extra holiness!

I believe that Pope Francis should consider opening up this role to lay men and women as part of the battle against clericalism.

Nuncios play a major role in the appointment of bishops and it is desirable that lay people should also be involved in this process.

In an address to the clergy not long ago, Pope Francis made the following comments regarding lay people: “Therefore we must recognize that lay people — through their reality, through their identity, for they are immersed in the heart of social, public and political life, participate in cultural forms that are constantly generated — need new forms of organization and of celebration of the faith.”

To be a good apostolic nuncio, it is enough to love the church, to have a good theological and canonical formation and to have the necessary diplomatic aptitudes.

This does not seem to be a clerical prerogative.