Father James Martin: Why you should pray to Pedro Arrupe, James Martin, S.J.July 12, 2018 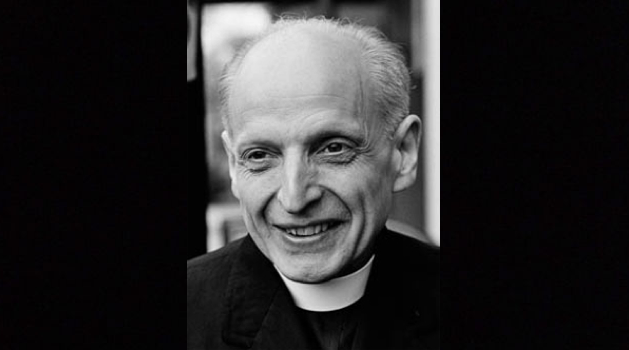 Yesterday, the superior general of the Society of Jesus announced that the Vatican had given the green light for the Jesuits to begin the process that would, we hope, lead to the canonization of Servant of God Pedro Arrupe, S.J.Superior General Arturo Sosa, S.J., said,

“We are still at the beginning of the process, but Angelo de Donatis, the Cardinal Vicar of Rome, has given the Diocese of Rome approval to open the process of beatification.”Father Arrupe was the beloved superior general of the Jesuit order from 1965 to 1983, a period of volcanic change in the Catholic Church. Toward the end of his life, after a debilitating stroke, he suffered from grievous misunderstandings at the hands of the institutional church but bore these sufferings in quiet obedience.

Before his incapacitation, he encouraged his brother Jesuits and all our colleagues in ministry to heed the call of the Second Vatican Council to return to our roots and to follow the “preferential option for the poor.” More than any other Jesuit, he encouraged the promotion of the “faith that does justice.” One of his most famous initiatives was the founding of the Jesuit Refugee Service in 1980.

The process of canonization is a long one—as it should be. The church takes pains to ensure that the person who is being raised up for public and universal veneration is worthy of such veneration. (It is important to note that God makes saints; the church only recognizes them.) Thus, a “postulator” will be appointed for Father Arrupe’s “cause” (if he or she has not already been appointed), who will begin to collect and review his writings, interview those who knew him and gather evidence of miraculous cures attributable to his intercession.

By announcing the formal beginning of the process, the Society of Jesus is inviting you to pray to Father Arrupe for his intercession.

Not a few Catholics find it difficult to fathom this part of our tradition. But for me, it has always made sense. The saints are both our companions (who show us another way to live out the Christian life) and our patrons (who pray for us from their posts in heaven). To those who struggle with this, I often say: “You ask for people on earth to pray for you, don’t you? Why not ask for the prayers of those in heaven?”

Belief in intercession means that we will begin to ask Father Arrupe for his prayers in earnest, and we will hope that his prayers lead to all sorts of help for people in need—spiritual comfort, emotional support and physical healings. Intercession does not mean that Pedro Arrupe is responsible for those miracles but that he is asking God for help on our behalf. The granting of a miracle attributable the intercession of someone like Father Arrupe is considered by the church proof that he is in heaven.

Thus, one miracle is needed for his beatification (at which point he will be Blessed Pedro Arrupe) and another for canonization (St. Pedro Arrupe). The process could take years, if not decades. (There is another step as well: He must be declared “Venerable” by the pope.

There are all sorts of “miracles” that people may experience that will not fulfill the exacting Vatican requirements: You may feel a sudden burst of confidence, a thorny problem may be resolved, an icy relationship may thaw. But the Congregation for the Causes of Saints wants to ensure that the highest standards are met, so as to preclude any doubt about the process.

Therefore, the following conditions must be met in the case of physical healings (by far the most common miracles in canonization cases): The healing must be completely and professionally documented (that is, physician’s reports from both before and after the healing); the healing must be attributable solely to one saint’s intercession (that is, if you’re also praying to St. Ignatius Loyola, St. Francis Xavier and St. Peter Faber, it is not going to “count”); the healing must be instantaneous; and the healing has to be permanent (that is, the physical condition cannot regress).

With Father Sosa’s announcement, the Society invites you to pray to Father Arrupe, and if any favors are received, to document them and send them to us—your nearest Jesuit province will do.

Father Arrupe also understood the value of a sense of humor. My favorite story came when some eager young American Jesuits were passing through Rome on their way to India. Father Arrupe asked Vincent O’Keefe, S.J., what they were doing. “Going to India to learn about the poor,” Father O’Keefe replied.

Father Arrupe quipped in reply, “It certainly costs a lot of money to teach our men about poverty.”So ask Father Arrupe for help. And please let us know what happens.