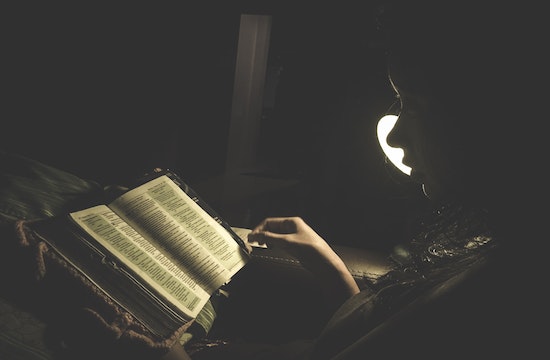 Christianity is now 2,000 years old with a pre-history of a further 1,000 years its stories are amongst its most prized possessions. Christians love their stories. Stories take pride of place in its liturgies.

But for some they are a credibility stumbling block. How can the story be told and heard so that it engenders faith as it was originally intended to do?

The main character in the grand Christian narrative is Jesus of Nazareth. He is a Jewish prophet with a message for the poor and oppressed of Israel.

The message is that when the God of Israel fully establishes his kingdom, suffering, oppression and poverty will be relieved; life will become good. So, keep your hopes up and stick together to be ready when the new order arrives.

Jesus preached the coming Kingdom; but his followers preached Jesus as their message. His message was one of solidarity, forgiveness, mercy and mutual care. His whole life modelled his message.

His first followers formed a community, intent on following his way. Jesus’ death disrupted the movement but did not stop it. They came to believe that the crucified Jesus now lived in a transcendent way and was still with them in spirit.

In fact, this was the culmination of God’s reign – overcoming the power of death. Life, not death, was the ultimate reality.

The disciples saw it as their duty to spread this good news.

As the community of followers grew, so did the story. Jesus and all his first followers were Jews who grew up imbued with their Jewish culture.

For them, Jesus was a climactic moment in their ongoing Jewish story. They came to believe that Jesus was the promised messiah of Judaism – the promised Christ.

We get a good insight into the beliefs and practices of this early Christian group from the letters of St. Paul, and later from Luke in his Acts of the Apostles. What kept them regularly together was the weekly gathering of members to remember and celebrate Jesus as the Christ.

As the decades went by they believed that God had made a unique incursion into history in Jesus. Jesus was so in tune with God that they came to believe that he was the unique Son of God.

By about 70 CE they wrote their story down in a new form of literature that came to be called a gospel. Mark wrote the first of the four gospels using the word “gospel” in his opening sentence: “The beginning of the gospel of Jesus, Christ, the Son of God.”

The first Christian written stories focused on Jesus. They were all written by authors familiar with the scriptures of Israel. So, the Jesus story is told as an ongoing part of the story of Israel.  The interaction went both ways. They saw the Jewish scriptures as predicting Jesus. But they massaged their stories of Jesus to fit those scriptures.

Matthew’s infancy narrative is a classic example of this. Was the flight into Egypt a fulfillment of the scriptures or did the scriptures give Matthew the idea for the story? Whichever way, Jesus’ status of chosen by God is enhanced.

We all need to become amateur literary critics. Our post-enlightenment education biases us to prioritize ideas over feelings – intellect over imagination. We tend to confuse story with reportage and first ask: “Did it happen?”

Such a first question misses the point because a story calls for an affective response. The first question should be “What is this story getting at? What does it mean?” This would put us on the right track with stories such as Jesus walking on the water, changing water into wine, feeding the multitude etc.

When citing a past story, is the old a prediction? Or is the present being moulded to look like the past and amplify the theme?

The past can be re-shaped to fit the present, or the present can be tweaked to look like a fulfilment of the past. You see this process at work in Matthew’s infancy narrative.

Story telling is no place for the fundamentalist or the literalist. The facts can ruin a good story if the listener is not tuned in to understanding the meaning.

The same question holds for loads of gospel events such as Jesus’s baptism, the Transfiguration, the Temptations in the desert, the Passover and the language and events in John’s gospel.

The primary purpose, therefore, of the original Christian story was to recruit and support believers, not to write a history. That purpose is the same today.

The biggest, phase of the Christian story is the story of the church – 2000 years of it beginning with the New Testament scriptures.

Despite originating in the Middle East, the cultural setting of Christian history has mainly been Europe – West and East.

In that setting the church has been a dominant power player for most of its existence. Its centuries of power have produced a church that has canonised its statements of belief, promoted its procedures to laws and claimed its structures as divinely ordained.

This produces a well-oiled machine but can undercut the primary purpose that the machine was designed to serve.

The church’s power base is largely eroded in today’s secular and pluralist culture. The urgent challenge is to adjust to this new culture.

We must sharpen our ability to spot the meaning of a story. But also, the story must be revised to make sense in its new context. This has happened often enough in the past, so it is possible.

Resistance to change and re-assertion of old and tired dogmas will no longer cut the mustard.

The astute observer knows that the challenge is on. The choice is clear. Either move on to oblivion, or recontextualize the story so that it is credible and cogent when and if a changing culture becomes ready to listen again.