by mvennerPosted on August 23, 2018
By Massimo Faggioli in LaCroix, August 23, 2018, The only way to save papal power from papal positivism in global Catholicism is with synodality 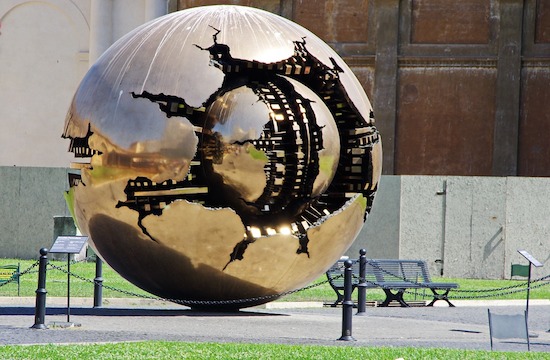 A delegation of the German bishops’ conference will be in Rome this week to meet with Vatican officials and Pope Francis. Then, in a couple of week’s time, it will be the turn of all the bishops of Chile to come to town for their own series of talks with the pope.

These two meetings shed light on the complexity of the globalization of the Catholic Church.

In theory, the local bishops have the authority to solve the problems that will be discussed in Rome – for the Germans it’s non-Catholic access to communion in certain circumstances, while for the Chileans it’s the sex abuse crisis.

But the reality is that a local solution that diverges from the legalistic application of the rules “by the book,” but is at the same time consistent with the unity of Catholic discipline, requires a discussion with the Bishop of Rome.

The internal divisions within national episcopates are another important factor that require consultation with the pope.

These upcoming meetings are not taking place in context of a pontificate bent on the centralization of authority in the church. Quite the opposite. Pope Francis is trying to revive the collegial and synodal dimension of church governance.

But one of the greatest paradoxes of his pontificate is that while he is encouraging the bishops and laity to claim their voice and space, these have been hesitant to take up the pope’s offer.

These meetings in Rome are one of the attempts to jump-start a new model for the governance of the church.

It is nothing new for a pope to meet with bishops at the Vatican in an effort to address extraordinary situations.

John Paul II did so in 2002 when he called the American cardinals and leaders of the U.S. episocopal conference to Rome to deliberate over the sex abuse crisis. Benedict XVI did so in 2011 when he hosted the bishops of Japan to discuss strained relations between the Neo-Catechumenal Way and their local churches.

But these meetings seem to have taken on new meaning under Pope Francis. And they may indicate the beginning of a new ecclesial practice, typical of the ecclesiology of Catholic globalization.

It is a complex picture and a difficult task. The most obvious, but also simplistic explanation for the difficulty to develop new synodal practices is that the people now running the Catholic Church are clerics who made their careers in an era that did not encourage collegiality and synodality.

But there are other more serious reasons – two in particular.

The first concerns the relationship between the Catholic Church and the “Zeitgeist,” or the spirit of our times.

Catholic ecclesiology, both in its theoretical and practical expressions, does not live in a vacuum. The Roman Church’s rediscovery of collegiality and synodality in the second part of the 20th century was no doubt a part of the theological ressourcement movement as well as of the aggiornamento of Vatican II.

But it was also part of a new Catholic political and civil consciousness that, in the wake of two world wars, came to understand the value of democracy as opposed to authoritarianism and totalitarianism.

The problem today is that Pope Francis’ challenge and invitation to embrace collegiality and synodality is taking place at a time when the Catholic consensus about the compatibility of the church’s tradition with democratic culture is in crisis.

It is one of the political-cultural implications of the resurgence of Catholic traditionalism in the Western world – the nostalgia for an age when Catholicism was defined by anti-modernity and anti-liberalism.

Among all the anti-modern, anti-liberal trends in Roman Catholicism today, ultramontanism may be the least dangerous (and I am not saying this just because of the man who is the current pope).

Francis is making his proposal about collegiality and synodality in a church and in a world that have become – for different reasons – skeptical toward democracy and anti-authoritarianism. It is one of those moments when one can really appreciate the fact that Catholicism relishes the idea of being “counter-cultural.”

But his counter-culturalism, in this context, consists in calling forth synodal and collegial leadership in a world increasingly led by strongmen and would-be dictators (including in some traditionally “Catholic” countries like the Philippines or Poland).

In this sense, Francis’ emphasis on synodality has a political message that Catholics should remember when they contemplate the sorry situation of their political institutions. A church that continues to be marked by technocratic, authoritarian and clerical governance has little credibility in criticizing such political situations.

The second reason concerns the relationship between the development of the idea of the papacy between the 19th and 20th centuries and the incipient globalization of the Catholic Church that Pope Francis embodies.

Put simply, synodality is more urgent today than in the 20th century because of this new relationship between globalization and the papacy. Formally, the definition of the papal ministry still relies on the definitions of Vatican I (1869-1870) and Vatican II (1962-1965).

The tradition of the Catholic Church in defining papal authority is “conservative” in the sense of being cautious.  Both Vatican councils, and the church they shaped, rejected the extremist interpretations of papal primacy and infallibility. Catholics have always been, for the most part, aware of the limits in papal powers.

But the “job description” of the papal ministry depends also on other factors. One such factor, for example, is the role the papacy plays in a church that is now deeply present in the world of media.  In this sense, even if infallibility remains part of the papacy’s arsenal, though no longer used, we must recognize that papal primacy in the church has grown significantly in the last 150 years. The concept of infallibility is a non-starter for a media-friendly church, while primacy fits perfectly with our fascination with the concept of leadership.

This is a development in line with the church’s transition towards a new phase of its globalization – a huge diversification of the cultures of Catholics around the world.

Catholicism’s shift from a Europe-centered to a global church means leadership roles in the church – including and especially that of the pope – will be occupied by Catholics from very diverse backgrounds.

The differences between Francis and Benedict XVI are just one example. The pendulum swing currently underway will not likely be limited to transition from a Communio theologian to a Concilium theologian (to mention two different theological schools of thought in the post-Vatican II Church, but could be much wider.

The risk is that this shift could reintroduce the temptation of papal positivism – “this is true just because the pope says it” – and that this positivism could, in turn, expose the church to difficult transitions where there is no longer one dominant cultural-theological model.

Papal positivism has always been a risk. But it could be fatal in a church where the transition from one pope to the next, each coming from completely different backgrounds, arouses widely different theological sensibilities on a whole range of issues – such as economic and social justice, women in the church, peace and war, sexuality, and so forth.

Francis is showing as a bigger paradox here. The only way to save papal power from papal positivism in global Catholicism is with synodality.

In other words, if we all agree that papal positivism is dangerous, and if we consider the possibility of a pendulum swing in the theological culture of future popes, the only way to save papal power in the global church is the creation of spaces for the synodal church Francis is talking about.

We do not know yet the form and shape that the globalized Catholic Church will take. We have only a few examples of Catholic institutions reflecting this epoch-making shift. The most visible is the College of Cardinals to which Pope Francis has inducted many more members from the “global south.”

The globalization of the church shows us that there is a difference between being a global Catholic and a liberal Catholic.

First, because Francis comes from the global church, but he is not the liberal pope he is sometimes accused to be.

Second, because we can see from the state of the world in 2018 that globalization did not produce a consolidation of political and cultural liberalism – quite the contrary. The same link between globalization and the rise of anti-liberalism is taking place in the Church too.

This will entail a different kind of church governance, but governance nonetheless.