by mvennerPosted on August 24, 2018
By Terry Laidler, Melbourne, August 22, 2018, in LaCroix, “The Church’s understanding of who ministers, how they minister and how it trains and supports a much broader range of people to minister needs a total revamp” 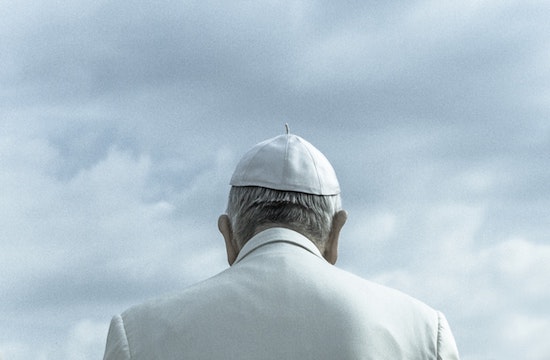 The pope’s letter of 20 August 2018, condemning sexual abuse by clergy and its systematic cover-up begins to show real compassion for those abused and some of the bewilderment and exasperation even good people who supported the Church experienced as the crisis continued to unfold unaddressed:

Sure, there’s mention of “begging forgiveness” and “penance and prayer”, looking to Mary as a model, “conversion”, “interior anointing” and “resolve”, but these ring as hollow as “thoughts and prayers” in the face of mass shootings in the U.S.!

Pope Francis is now off to Ireland, the mother church of many of the English-speaking churches where abuse has flourished.

He’s a brave man: he rides into a microcosm of the crisis that confronts world Catholicism, the deauthorization and decline of his Church in the wake of these revelations of widespread abuse and systemic cover-ups by those charged with the protection and nurturance of the faith it claims as its core.

Is there anything he can say or do while there to address the scale and depth of the problem? I think so: he should announce the convocation of Vatican Council III.

Twice in the last 150 or so years, in the face of perceived crises, popes have done just this: first to confront the threats of the Enlightenment (which ironically the Church itself had spawned); and then nearly a century later when this had proved unsuccessful, to relocate the Church in the modern world, amidst “the joys and the hopes, the griefs and the anxieties of the people of this age”.  This, too, failed at least in part in my view because of the restorationist polices pursued by Francis’ two predecessors.

In the face of the current existential crisis, what should a third Vatican Council’s agenda be? I see three pivotal areas of theory and praxis that need to be addressed urgently:

For a Vatican III to have any chance of succeeding, it could not be a Council like its predecessors, thousands of clerics trained just like this, magisterially defining what a compliant laity should do.

First, Catholic people will no longer do it; the trust they have in their leadership is gone. And secondly, they should not do it, for this would merely reinforce the very sources of the current crises.

Vatican III would need to draw from the full richness of the lived experience of the Church and the expertise that is in its midst: bishops in dialogue with women, young people, non-ordained leaders in development, health, education, sciences, law and economics.

Will it work? I don’t know! The old English saying is that too much water can have flowed under the bridge. But it is the only way I see back from the precipice to which previous strategies have taken things.

Terry Laidler is a former Catholic priest, and now a psychologist in forensic practice in Melbourne, Australia