Vulnerable people, including women and children in the first instance, are the only ones over whom it is possible to exercise authority and who can be abused. 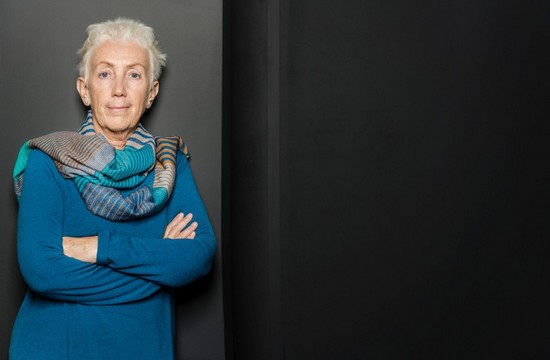 Historian Lucetta Scaraffia, an editorial writer with L’Osservatore Romano, believes that clericalism, which began with the emergence of priestly celibacy, is now under challenge from secularization, which has ended the social authority of priests.

La Croix: What is Pope Francis’ understanding of ‘clericalism?’

Lucetta Scaraffia: Clericalism refers to clerics’ having power or authority over the faithful and the state of subjection of the faithful with respect to clerics.

More than anything else, it involves an atmosphere where the faithful are bound to obedience and respect for clerics. Historically, celibacy played a very significant role in the development of this respect.

In fact, there is a mysterious aspect to this because it means giving prestige to men who seem to exist outside the joys and difficulties of family life.

In order to consecrate themselves to study and to prayer, they place themselves at a distance from the kind of daily problems that take them away from God.

There were intense debates over priestly celibacy as early as the 7th century. At that time, councils of bishops concluded that it could be dangerous to impose it because too few men were capable of living it out.

However, as well as reasons based on fear of sexuality, there were also economic reasons for the imposition of celibacy.

Priests with families face the temptation of wanting to pass on church property to their children.

And it becomes difficult to distinguish church property from that of the priests, leading to a risk of of dissipating the church’s goods.

So, in order to preserve the church’s independence, the Gregorian Reform imposed celibacy on clerics. However, this was not always successful and in rural areas many priests continued to have families.

When they were reported, bishops, many of whom rarely visited their dioceses, were sometimes content to accept money as the price of their silence.

This often happened in Germany and explains why from the very beginning Luther protested strongly against this sort of corruption.

It took until the Council of Trent for a genuine policy of “zero tolerance” to be imposed in this field, resulting in more frequent visits by bishops to their dioceses.

From then on, however, the clerical state became defined by its difference from that of other faithful.

This was the key to the clericalization of Catholic society. It was as if, in exchange for celibacy, the clergy had gained authority over the faithful.

What caused this model to implode?

Secularization of society challenged the social authority of the clergy. As the church became marginalized, clerics only continued to wield authority over those who went to church, who were mainly women during the 19th century.

Secularization thus accompanied the feminization of the church. In fact, it was easier to impose this authority on women, who were less educated and already more used to living in families under the authority of men.

Even today, we still find women who help priests and accept positions of inferiority with respect to priests. These are often elderly women since young women no longer accept this.

Sexual abuse illustrates the weakness of the clergy. Vulnerable people, including women and children in the first instance, are the only ones over whom it is possible to exercise authority and who can be abused.

Can the church overcome clericalism?

Yes, but only provided all issues are discussed with lay people, and with women in particular. And including sexual issues.

The church has never wished to face up to the sexual revolution except at a theological level – never on the historical or existential levels.

I regret that the theology of the body too often ignores human reality, especially the sexuality of women.

Interviewed by Nicolas Senèze in Rome