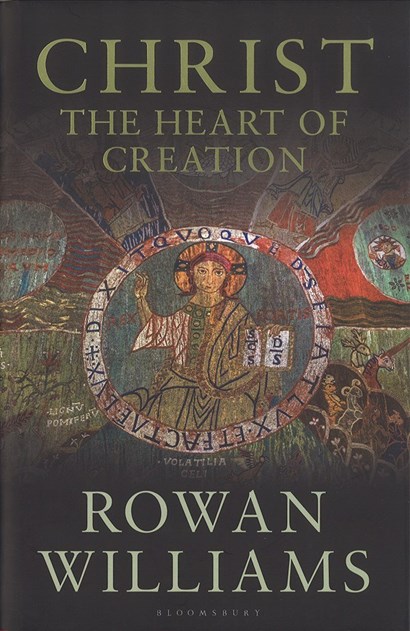 ROWAN WILLIAMS’s magisterial new survey of Christology — written in his academic rather than more popular style — starts with some foundational insights that draw primarily on St Thomas Aquinas and which, with some trepidation, I will attempt to summarise.

The Word through whom all things were made entirely animates Jesus’s human existence, living and breathing through all that he says and does. In Jesus we do not encounter two agencies, the divine and the human, sometimes working alongside each other and sometimes in competition with one another. Rather, “the more clear theology becomes about the full divinity of Christ, the more space there is for acknowledging his humanity.”

Jesus’s human life is not an interruption to his existence as God’s eternal Word, just as his divine nature does not step in sometimes to supplement a defective human identity. As we see supremely in Christ, but also throughout the creation at whose heart Christ stands, the infinite and the finite are in concert, and not in competition. God’s work does not displace the created order, but intensifies from within the capacity of created agency.

Contrary to what might be the assumption, that Aquinas writes about Jesus in an abstract and philosophical way that is far removed from the approach of the New Testament, Williams argues that they are actually in vital continuity.

St. Paul and the other New Testament writers might have presented Jesus as the embodiment of some heavenly power (such as the Archangel Michael) who interrupted normal patterns of human action and relationship by manifesting his strength from on high. The New Testament writers, however, concentrate, rather, on Jesus’s everyday life in Galilee, on the hiddenness of his power and, in particular, on his suffering and death. In doing so, they depict an “uninterrupted performance” in which Christ’s human agency is completely infused by divine action and not occasionally interrupted by it.

In this relationship between the infinite and the finite, and between the divine and the human, the latter in each of these pairs is completely grounded in the former, and, for this very reason, is freed and given space to be itself. This, in turn, generates a further set of similar relationships.

For example, in St Augustine’s understanding of totus Christus, the whole Christ, just as the divine Word has united with the humanity of Jesus, so Christ unites himself with the believing community. The Church extends and shows forth Christ’s life and yet remains entirely dependent upon its divine source, just as the human Jesus is always dependent on the divine Word.

This pattern of relationship runs through Williams’s consideration in subsequent chapters of the Christology of theologians such as St John of Damascus, John Calvin, Karl Barth, and Dietrich Bonhoeffer.

Reading the book is rather like my experience of climbing the Seven Sisters on the south coast of East Sussex, near my home. I plod up each of the sisters (chapters), concentrating on the little bit of ground in front of me, somewhat laboriously counting steps (pages) as I go. When I eventually arrive at the top, I conclude that it has all been worth it, as I see a well-known and beautiful landscape with renewed interest and clarity. Any resentment about the effort it took to get me up each of the hills is mitigated by the fact that I feel somewhat more limber and elasticated as a result of having scaled them.

Attentive to the devotional lives of “ordinary” Christians, Williams intends, as he says in the introduction, to clarify what we are doing when we get together to sing “Before the throne of God above” or “Jesu, lover of my soul”. As often, he gently but firmly seeks to correct some popular theological misconceptions, in particular that God is another person in the universe who is fortunate enough to be extremely powerful, but unfortunately happens to be invisible.

Moreover, because the Church ultimately draws her life from the eternal Word of God, the Church’s calling is never to jostle anxiously for position, status, or “market share” with other human agencies, but to allow the Word to infuse and recreate us from the inside out, enabling more than would ever be humanly possible.

The Ven. Dr Edward Dowler is Archdeacon of Hastings in the diocese of Chichester.