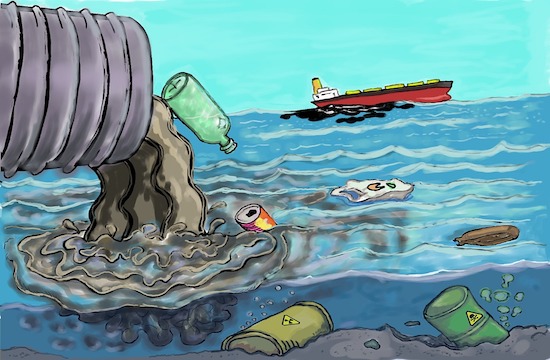 To sustain a rapidly expanding global population on a planet of finite resources, people need to radically rethink their consumption habits as well as their views on nature and the conservation of ecological systems, a Vatican-sponsored conference concluded.

Organized by the Pontifical Academy of Sciences, the May 14-15 meeting in Rome came after a three-year study concluded that one in four — one million in total — animal and plant species could be extinct within decades.

The Intergovernmental Science-Policy Platform on Biodiversity and Ecosystem Services commissioned the study, the shocking results of which were released on May 6, spurring the Church and other bodies into action.

It cited land use, pollution, over-fishing, deforestation and climate change as the main risks to biodiversity.

After two days of brainstorming in Rome, the heads of natural history museums, botanical gardens, zoos and aquariums, among other biodiversity experts, wrapped up with a proactive call to action highlighting the need to combat the “exploitation” of the natural world.

“We can learn how to take care of the world. And we must use all of our strength to find ways of making the world more human, giving people the possibility to live their lives so that we may share the richness and the resources given to us in a way that could never be possessed or owned by us,” the attendees said in a final statement reported by Catholic News Service.

“We need to change our mindset, our mentality of exploitation that has driven us to the point where we are now.”

Creating natural parks and seed banks is a step in the right direction but not enough to prevent future loss of species, it said, describing these and other conservation-minded sanctuaries as “catalytic and significant allies” in the global fight to save the planet from wrack and ruin.

“Fundamental societal change is needed,” the statement said, citing a need to reduce the “ecological footprint” by using fewer fossil fuels, recycling more waste and making better use of land.

It urged all religions to team up and agree on joint action for change.

“Science and innovation, sound governance and incentives for industry and agriculture need to come to come together to achieve such a sustainable bio-economy, adjusted to local circumstances,” the statement added.