In the 30 years since he founded the Equal Justice Initiative in Montgomery, Alabama, Bryan Stevenson has worked to free more than 100 inmates facing unjust convictions – especially black Americans, who are disproportionately found at every stage of the criminal justice system.

For most of that time, Stevenson eschewed the limelight. “For years I was one of these people – I just wanted to put my head down and do my work. I didn’t even have a sign on the door,” he says. 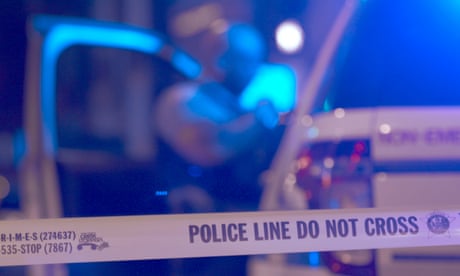 16 Shots: behind a shocking film about an unlawful police shooting

Recently though, he’s been more visible. First there was a Ted talk – one of the most widely circulated ever. Then a book. Then Stevenson took the helm as the director and public face of a narrative museum and monument to lynching in his adopted city of Montgomery.

Stevenson’s reluctant journey into public figurehood will probably reach its final form in the next year, as the subject of the HBO documentary True Justice, and as the inspiration for the feature film Just Mercy starring Michael B Jordan, which is scheduled for release in 2020.

In large part that’s because he’s come to embrace an audacious idea that, if he’s ever going to get off the ground, he’s going to have to be heard. Today Stevenson is aiming for nothing less than an American era of truth and reconciliation on race, especially as it relates to inequality in the criminal justice system.

“Things I would have said ‘absolutely not’ to 10 years ago, I’m now much more open to – mostly as a medium for getting people to see the system and the way it functions more clearly,” Stevenson says. “The power of film for me is that it can have a shelf-life and an audience that goes far beyond that of a news story.”

He points, as an example, to the way the new Netflix miniseries When They See Us, which dramatizes the story of the Central Park Five, has reignited discussion about wrongful conviction.

Just Mercy, which also stars Jamie Foxx as one of Stevenson’s first clients, will mostly address that system on a more individual scale. It tells the story of Walter McMillian, a black Alabaman sentenced to death for the 1986 murder of an 18-year-old white woman on shockingly flimsy evidence. Stevenson won his exoneration in 1993.

True Justice, meanwhile, walks through the view of American racism and criminal justice from 30,000ft up, while also taking viewers along a tour of Stevenson’s life.

The basic trajectory of the former will be familiar to readers of Michelle Alexander’s 2010 book The New Jim Crow, or viewers of Ava DuVernay’s 2016 Netflix documentary The Thirteenth. Stevenson adeptly argues that there is an unbroken chain of brutality in American law and society from chattel slavery to the current era of mass incarceration, in which more than 2 million Americans, disproportionately black, are incarcerated at any given moment. This chain runs through the white supremacist terrorism of lynching after the fall of post-civil war Reconstruction, and through the black codes and convict leasing – where black Americans were charged with imaginary crimes like vagrancy, convicted in kangaroo courts, and for their sentence were rented out as free labor.

The latest chapter was the era of the so-called war on drugs and “tough-on-crime” prosecution, in which large numbers of poor black and brown Americans were subject to draconian law enforcement and locked away on long mandatory sentences. That’s the phenomenon people like Stevenson are working to unwind. “We have to get the country to confront the fact that we acted out of fear and anger, we did some horrible things. And now we have to recover, we have to repair the damage that we did,” he says. 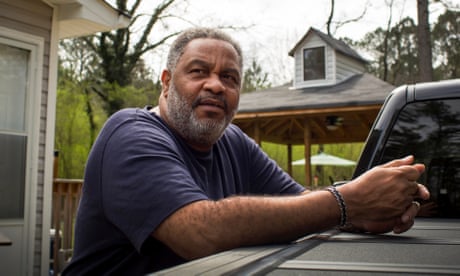 Stevenson brings an air of earnest optimism to that idea. “I think if most people saw what I see on a daily basis when I go into jails or prisons, if they were in the room and trying to respond to children who have been put in adult facilities, I don’t think they would think differently than I do,” he says.

He really believes in reconciliation, but as he’s fond of saying, you need to have the truth part first. Part of that truth lies simply in making sure people can see it, which undergirds the openness to film as a medium of the message. He says: “We have just allowed too many people in this country to be insulated from the pain, anguish and inequality that’s created by mass incarceration. We have allowed too many people to be untouched by the burdens created by police. And when you break down those barriers, I think people are going to want to respond.”

In the film, Stevenson’s brother Howard explains how he and his wife named their first son after Bryan – in part because they concluded he may not have time for family. He never married and has no children.

“Brian is the work,” his sister Christy adds. “There’s no way to separate him from the work. It’s his full self he throws into it.”

That fact appears to remain as true as ever. He’s writing a second book. The EJI space in Montgomery has opened a new event space hosting lessons for schoolchildren and community discussions. And Stevenson hasn’t left the courtroom either. He’s planning new litigation aimed at relief for some of the most vulnerable people inside US jails and prisons.

“I really want to challenge the way we treat people with disabilities in our jails and prisons,” Stevenson says. “We’ve been really cruel to people who are mentally ill, and so we’re gonna be making a big push around that issue.”