Many who were older and wiser than me at that time also shared my childlike state.  If disaster comes, you will find that all the myths you once cherished are of no use to you. You will see what it is like to live in a society where morality has collapsed, causing all your assumptions and prejudices to crumble before your eyes. And after it’s all over, you will watch as, slowly but surely, these harshest of lessons are forgotten as the witnesses pass on and new myths take their place.

I Survived the Warsaw Ghetto. Here Are the Lessons I’d Like to Pass On.  I’m 93, and, as extremism sweeps across Europe, I fear we are doomed to repeat the mistakes which created the Holocaust. by Stanisław Aronson in The Guardian 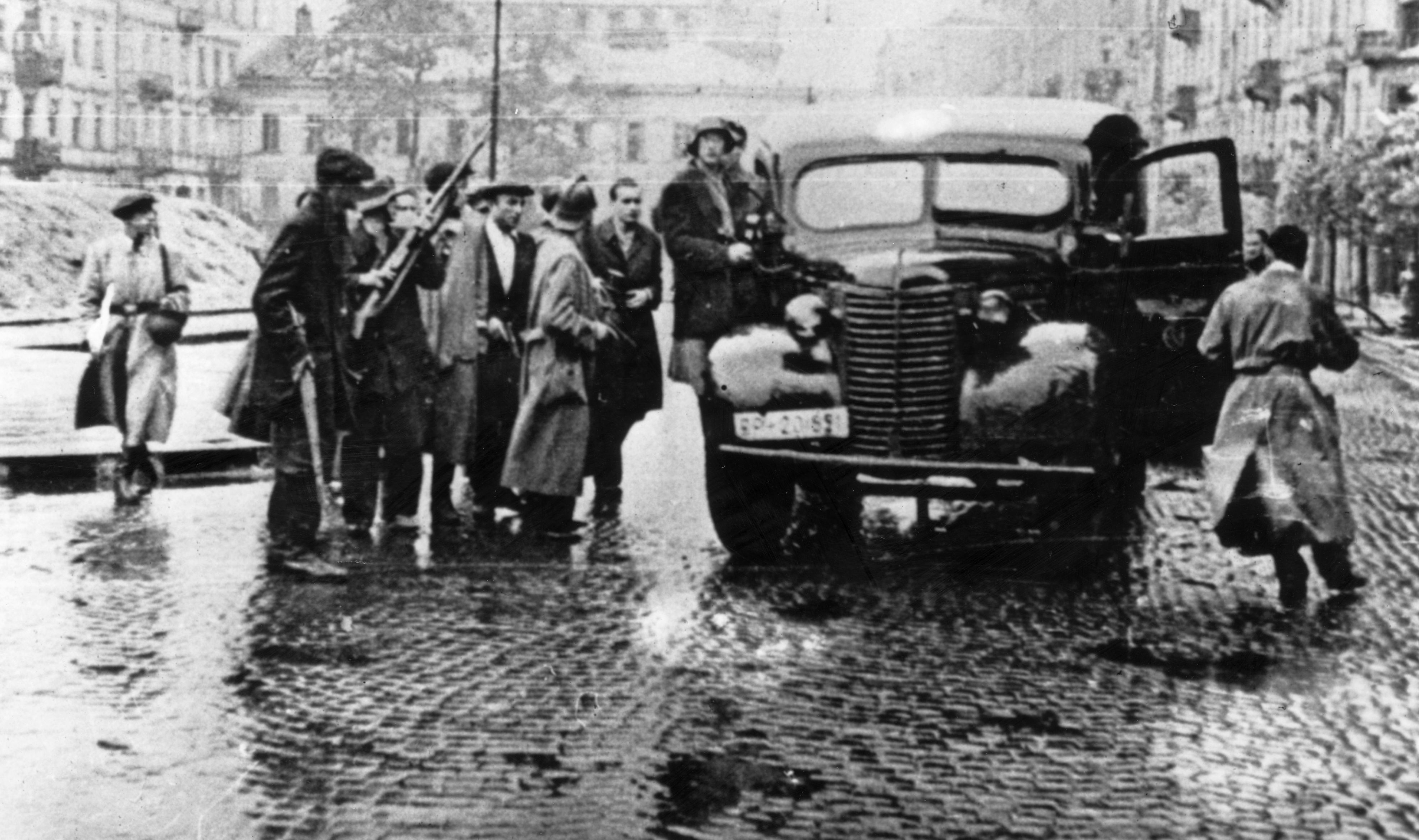 ‘The battle to draw the right lessons from that time is in danger of being lost.’ The Warsaw uprising, 1944. Photograph: Keystone/Getty Images

Germany’s chancellor Angela Merkel stated in 2018 that “when the generation that survived the war is no longer here, we’ll find out whether we have learned from history.” As a Polish Jew born in 1925, who survived the Warsaw ghetto, lost my family in the Holocaust, served in a special operations unit of the Polish underground, the Home Army, and fought in the Warsaw uprising of 1944, I know what it means to be at the sharp end of European history – and I fear that the battle to draw the right lessons from that time is in danger of being lost.

Now 93 years old and living in Tel Aviv, I have watched from afar in recent years as armchair patriots in my native Poland have sought to exploit and manipulate the memories and experiences of my generation. They may think they are promoting “national dignity” or instilling “pride” in today’s young people, but in reality they are threatening to raise future generations in darkness, ignorant of the war’s complexity and doomed to repeat the mistakes for which we paid such a high price.

But this is not just a Polish phenomenon: it is happening in many parts of Europe, and our experiences hold lessons for the whole continent.

Given what I’ve learned over my lifetime I would, first, urge future generations of Europeans to remember my generation as we really were, not as they may wish us to have been. We had all the same vices and weaknesses as today’s young people do: most of us were neither heroes nor monsters.

Of course, many people did extraordinary things, but in most cases only because they were forced to by extreme circumstances, and even then, true heroes were very few and far between: I do not count myself among them.

The same applies to those who failed in their moral obligations during that time. Of course, there were many who committed unspeakable, unforgivable crimes. But it is nonetheless important to understand that we were a generation living in fear, and fear makes people do terrible things. Unless you have felt it, you cannot truly understand it.

Second, just as there is no such thing as a “heroic generation”, there is no such thing as a “heroic nation” – or indeed an inherently malign or evil nation either. I must confess that for much of my life, I maintained the view that it was important for Poles to feel pride in their wartime record – leading me, when recounting my experiences serving in the Home Army in Warsaw under Nazi occupation, to omit certain examples of indifference and uncooperativeness on behalf of my fellow Poles. It is only in recent years, as I have seen that pride turn into self-righteousness, and that self-righteousness into self-pity and aggression, that I have realised just how wrong it was not to be completely open about the failings I witnessed.

The truth is that, as a Pole and as a Jew, as a soldier and as a refugee, I experienced a wide spectrum of behaviour at the hands of Poles – from those who sheltered me at risk to their own lives, to those who sought to take advantage of my vulnerability, and all possible shades of concern and indifference in between.

And although the Third Reich destroyed my world, it was a German woman who saved my life by introducing me to the men who would recruit me into the Polish underground. No nation has a monopoly on virtue – something that many people, including many of my fellow Israeli citizens, still struggle to understand.

Third, do not underestimate the destructive power of lies. When the war broke out in 1939, my family fled east and settled for a couple of years in Soviet-occupied Lwów (now Lviv in western Ukraine). The city was full of refugees, and rumours were swirling about mass deportations to gulags in Siberia and Kazakhstan. To calm the situation, a Soviet official gave a speech declaring that the rumours were false – nowadays they would be called “fake news” – and that anyone spreading them would be arrested. Two days later, the deportations to the gulags began, with thousands sent to their deaths.

Those people and millions of others, including my immediate family, were killed by lies. My country and much of the continent was destroyed by lies. And now lies threaten not only the memory of those times, but also the achievements that have been made since. Today’s generation doesn’t have the luxury of being able to argue that it was never warned or did not understand the consequences of where lies will take you.

Confronting lies sometimes means confronting difficult truths about one’s self and one’s own country. It is much easier to forgive yourself and condemn another, than the other way round; but this is something that everyone must do. I have made my peace with modern Germany, and hope that all Europeans can do the same.

Finally, do not ever imagine that your world cannot collapse, as ours did. This may seem the most obvious lesson to be passed down, but only because it is the most important. One moment I was enjoying an idyllic adolescence in my home city of Lodz, and the next we were on the run. I would only return to my empty home five years later, no longer a carefree boy but a Holocaust survivor and Home Army veteran living in fear of Stalin’s secret police, the NKVD. I ended up moving to what was then the British mandate of Palestine, fighting in a war of independence for a Jewish homeland I didn’t even know I had.

Perhaps it is because I was only a child that I did not notice the storm clouds that were gathering, but I believe that many who were older and wiser than me at that time also shared my childlike state.

If disaster comes, you will find that all the myths you once cherished are of no use to you. You will see what it is like to live in a society where morality has collapsed, causing all your assumptions and prejudices to crumble before your eyes. And after it’s all over, you will watch as, slowly but surely, these harshest of lessons are forgotten as the witnesses pass on and new myths take their place.

• Stanisław Aronson took part in the Polish resistance under Nazi occupation. He lives in Israel

More from The Guardian