As Bernie Sanders tries to cement his lead in the Democratic primaries, a small but vocal group of traditionalist Catholics have thrown their support behind the socialist’s presidential bid.

“I will almost certainly vote for Bernie in the general if he’s the nominee,” Maryland resident John-Paul Teti told the Washington Examiner, “and I will vote for Trump if it’s any other Democrat.”

Teti is among a group of young, Latin Mass-going Catholics who have veered from their peers’ more commonly conservative political opinions by supporting Sanders. In their view, the Vermont senator promotes the most cogent vision of the “common good” available to Catholic voters through policies such as Medicare for All, support for unions, and wealth taxes.

When their critics suggest Christianity and socialism don’t mix, these Catholics often deploy the words Pope Emeritus Benedict XVI wrote in a 2006 essay for the Christian journal First Things: “Democratic socialism was and is close to Catholic social doctrine and has, in any case, made a remarkable contribution to the formation of a social consciousness.” 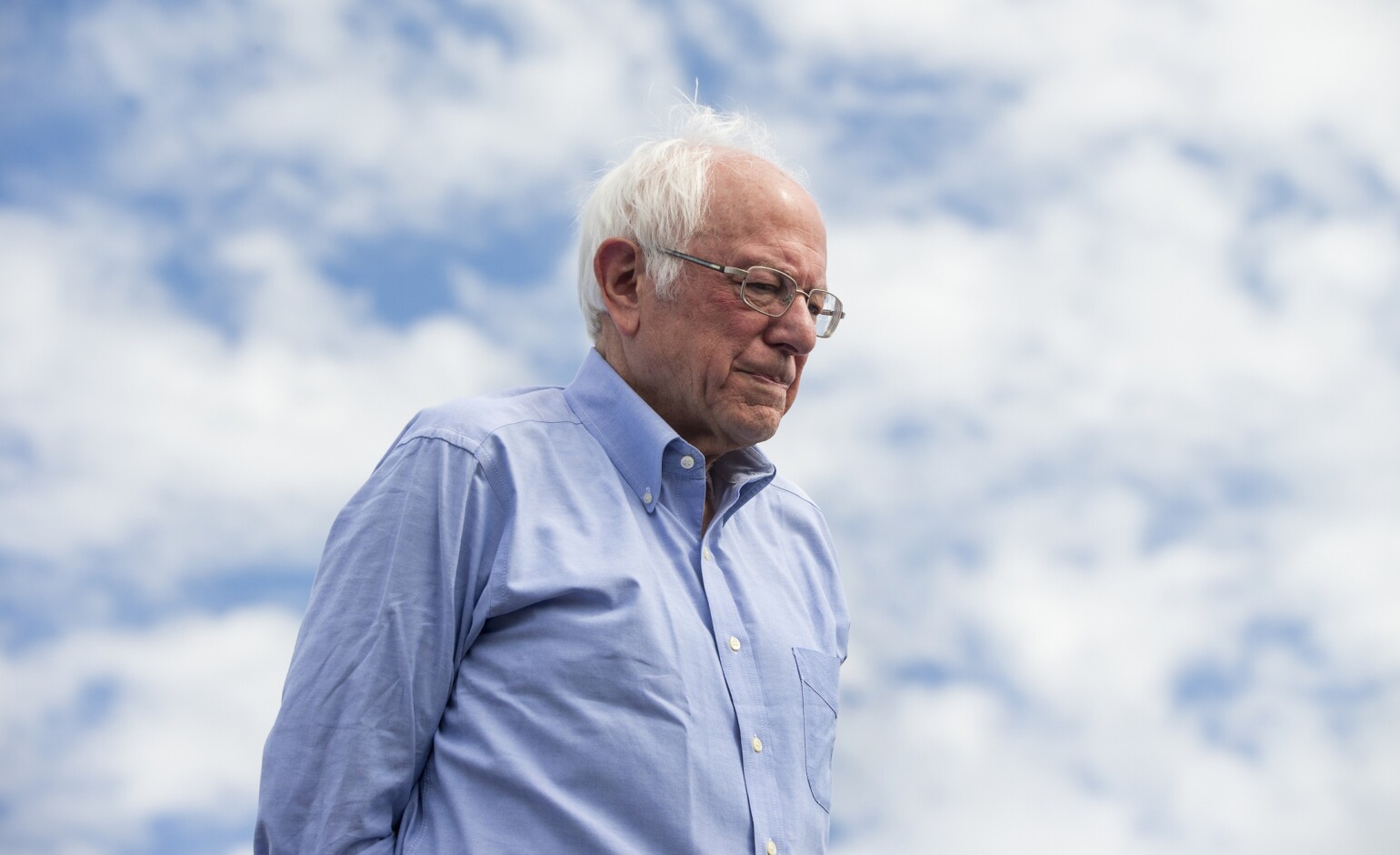 Democrats saying what a terrible nominee Bernie Sanders would be: List

But, even as some Catholic Church leaders may look kindly on socialism, the Church condemns abortion rights, gay marriage, and transgender rights, all of which are nonnegotiable positions for Sanders, and, in recent months, Sanders has become increasingly vocal in his support for abortion, tweeting in January, during the March for Life, “Abortion is healthcare.”

Teti carried a sign at the March for Life, reading, “Medicare for all, abortion for none,” drawing the ire of the free market group the Acton Institute.

Teti said that Sanders’s support for abortion is disappointing and that he would “do anything” to see Sanders become anti-abortion while maintaining his economic positions. That sentiment draws on the thoughts of several Catholic pundits, prominently Elizabeth Bruenig, who has argued since 2014 that anti-abortion positions and socialism are well suited to each other because both ideologies see life as “so significant, so inherently valuable, so irreplaceable that it should be the central subject of political concern.” Bruenig, a columnist at the New York Times, is pro-Sanders.

In a defense of Sanders in the National Catholic Reporter, Arab American Institute President James Zogby argued that, even with his flaws, a President Sanders would “help to create a more compassionate government that sees healthcare and education as human rights.”

Zogby told the Washington Examiner that, while he is a “pro-life Democrat” and disagrees with Sanders vehemently on abortion, he finds much good in a “broad array” of Sanders’s other proposals.

“Bernie is the most principled, most honest, and most compassionate candidate,” he said. “As a Catholic, when I hear him speak, I hear the Sermon on the Mount.”

Zogby expressed concern that abortion has become too much of a political weapon for both Republicans and Democrats. Both the anti-abortion and pro-abortion movements, Zogby said, have presented visions that are “too narrow” of why the issue matters.

“We’re not going to solve this issue in this election or any election coming up soon,” he said. “I am hopeful that we will continue to grow a broader understanding of what a pro-life movement should be.”

Kevin Gallagher, a Catholic Sanders supporter from New York City, argued that the Democratic front-runner’s position on abortion is a nonissue as far as electoral politics are concerned. For him, Sanders represents the most pragmatic choice among a field of candidates whose positions do not line up with Catholic teaching.

Neither Sanders nor Trump, Gallagher said, greatly affect policy on abortion, except on the “margins.”

These margins include measures such as the Hyde Amendment, an anti-abortion policy barring federally funded abortions, along with a series of other policies that would restrict abortion access. Sanders called for repealing the Hyde Amendment in 2016, adding that the Democratic Party must also “resist attempts by states to erect roadblocks to abortion.”

But, no matter who wins in 2020, Gallagher told the Washington Examiner, abortion will still be legal and likely still funded by the federal government, state governments, or taxpayers. As long as that’s the case, Gallagher said it doesn’t matter much to him where that funding comes from.

And, although he wishes abortion were illegal, Gallagher said he’s comfortable “rolling the dice” in believing that the choice between Trump and Sanders does not necessarily mean a choice between a country with or without abortion. In doing so, he said he prevents himself from becoming a single-issue voter simply because Republicans tend more toward anti-abortion positions than Democrats.

“The difference between Trump and Bernie on the abortion rate would turn out to be very small, if there at all,” Teti said, adding that he believes that most Republicans are just as deaf to the anti-abortion cause as the majority of Democrats.

Catholic support for Sanders represents the latest manifestation of a historic diversity among Catholic voters. The majority support former Vice President Joe Biden in 2020, with Sanders coming in second, according to a survey conducted in February by RealClearResearch and the Catholic television network EWTN. The same poll found that Catholics are also divided on key issues, with a slim majority saying that abortion should be legal and sizable majorities saying that abortion, euthanasia, and assisted suicide are not “intrinsically evil.”

Although internally divided, as a group, Catholics have voted for the winning presidential candidate in every election since 1972. In 2016, Trump received 52% of the vote to Clinton’s 45%, according to the Pew Research Center. Trump derives the majority of his support from devout Catholics, almost 60% of whom say they will vote for him in 2020, RealClearResearch and EWTN found.

Among the remainder of those who aren’t completely behind Trump, their reasons are often more complicated than simply outright support for any particular Democratic candidate. Zac Mabry, a star of the 1994 Little Rascals movie, told the Washington Examiner that he will vote for Sanders on Super Tuesday but that the senator’s “unacceptable” support for abortion will make it impossible to support him in a general election if he wins the nomination.

Still, Mabry said, as a Catholic, he believes Sanders’s vision of the “common good” expressed through Medicare for All is a good direction for the Democratic Party to be led.

“He doesn’t care about people who are unborn, but he does care about the well-being of average, everyday people once they’ve been born, and that’s a huge departure from what we’ve been getting in terms of politicians, as of late,” Mabry said.