“It is precisely this path of synodality which God expects of the Church of the third millennium,” Francis explained. “A synodal Church is a Church which listens, which realizes that listening is more than simply hearing, ” he said.  Listening to each other and to the Holy Spirit… 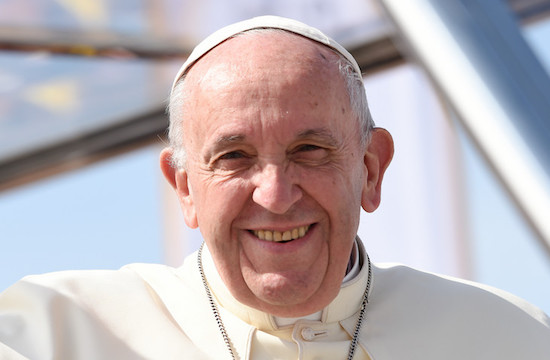 The Synod of Bishops will delve into the nature of synodality, an issue dear to Pope Francis, when it gathers in October 2022 for its next ordinary general assembly in Rome.

The Synod’s general secretariat on March 7 announced the official theme: “For a Synodal Church: Communion, Participation and Mission”.

The pope had hinted that synodality might be the topic of the next ordinary Synod gathering last Oct 26 in his closing speech at the special Synod assembly for the Amazon.

“I do not know whether it will be chosen; I have not decided yet. I am reflecting and thinking but I can certainly say that we have journeyed a lot and we must still journey more along this path of synodality,” the pope said.

The term comes from Greek synodos, which means to walk together. Applied to the Church, it is an assembly gathered together to deliberate and decide in common.

The ordinary council of the general secretariat of the Synod met on Feb. 6-7 and discussed possible themes for the 2022 Synod assembly. In then end, the pope chose synodality.

This issue is key to the 83-year-old Francis’ vision for the future of Catholicism.

He outlined his vision for a “Synodal Church” on Oct 17, 2015 in an important speech to mark the 50th anniversary of Paul VI’s official establishment of the Synod of Bishops.

“It is precisely this path of synodality which God expects of the Church of the third millennium,” Francis explained. “A synodal Church is a Church which listens, which realizes that listening is more than simply hearing, ” he said.

The whole Church is invited to live synodality

“It is a mutual listening in which everyone has something to learn. The faithful people, the college of bishops and the Bishop of Rome: all listening to each other, and all listening to the Holy Spirit, the ‘Spirit of truth’ (Jn 14:17), in order to know what the Spirit ‘says to the Churches,'” the Jesuit pope explained.

Francis said synodality is not limited solely to the institution of the Synod of Bishops, which “is only the most evident manifestation of a dynamism of communion which inspires all ecclesial decisions”.

Rather, the pope is convinced that the entire Church must live in a synodal way — whether in the context of diocesan synods, for bishops with their priests and people, or among bishops themselves in episcopal conferences.