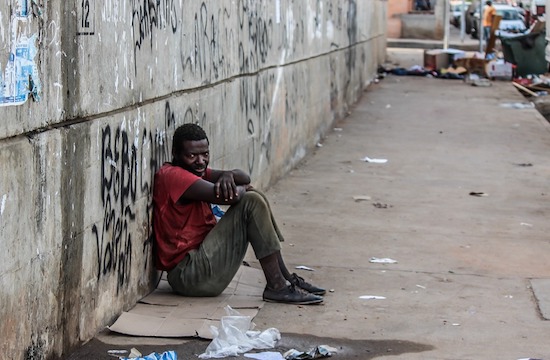 A missionary or church reality that is truly inspired by the Holy Spirit “manifests predilection for the poor and vulnerable as a sign and reflection of the Lord’s own preference for them,” Pope Francis told the pontifical mission societies.

In a message May 21, the pope said that those involved with the church’s missionary activity “should never justify their lack of concern for the poor with the excuse, widely used in particular ecclesiastical circles, of having to concentrate their energies on certain priorities for the mission.”

“For the church, a preference for the poor is not optional,” he said.

The mission societies help poor churches and communities around the world and support more than 9,000 health clinics, 10,000 orphanages, 1,200 schools, 80,000 seminarians and 9,000 religious sisters and brothers in more than 1,150 mission dioceses – mostly in Africa and Asia.

Due to the coronavirus pandemic, the societies’ annual general assembly was canceled, prompting the pope to send them the message “in order to share what I had intended to say to you personally.”

Recalling his apostolic exhortation “Evangelii Gaudium” (“The Joy of the Gospel”), the pope said he wished to reiterate several “features of mission” that center on faith as a gift from God and not a result of proselytism.

“If one follows Jesus, happy to be attracted by him, others will take notice,” the pope said. “They may even be astonished. The joy that radiates from those attracted by Christ and by his Spirit is what can make any missionary initiative fruitful.”

He also encouraged them to maintain gratitude, humility and a focus on facilitating an encounter with Christ, recognizing “the real condition of real people, with their own limits, sins and frailties” instead of taking on an attitude “like those frustrated vendors who complain that people are too unsophisticated to be interested in their wares.”

The church, he said “is not a customs office and anyone who participates in the mission of the church is called not to impose unnecessary burdens on people already worn out or to require demanding programs of formation in order to enjoy what the Lord gives easily, or to erect obstacles to the will of Jesus, who prays for each of us and wants to heal and save everyone.”

Click here for the full text of the pope’s Message to the Pontifical Mission Societies.